Louisville Area Home Sales Up in 2016

The Greater Louisville Association of Realtors® (GLAR) reported that in March 2016 sales were up 14% with 1,346 homes and condos sold versus 1,180 last March. "The sellers' market is continuing in Louisville with inventory down in some areas over 20% compared to last year. This has also led to some fluctuations in the month to month statistics, , but in general our members are seeing steady single digit appreciation gains versus last year" said Greg Taylor GLAR President.

Home sales are up this year 15.1% from January - March compared to the same time in 2015. Median prices for Louisville during the same time are up 4.3% and the average price is up 1.1%.

There are just not as many houses on the market for the demand in Louisville. In some cases, homes are selling in a matter of hours. In Jefferson County, there are 24.7% less inventory of homes an condos for sale this March than in March of 2015.

We expect this trend to continue...

The beautiful paint color on the walls. That perfect accent chair in the corner. The window treatments that pull the whole room together. Each of these is part of our decorating style, and few things are more satisfying than knowing that every room in your house is decorated in style. But no matter how great and fresh our style may seem today, the décor of Louisville homes is sure to become dated if we don’t freshen things up a bit from time to time. By definition, “style” doesn’t last forever.

An outdated look may not trouble you too much if interior design just isn’t an interest or yours. But a dated décor becomes a serious real estate liability if you’re putting your house on the market. Potential buyers who visit need to be able to envision themselves living in your home in the very near future, and they aren’t able to do that when its rooms appears stuck in the past.
Fortunately, it doesn’t take a major financial...

Creating a Beautiful Home on a Budget

I wouldn’t consider myself a “Susie Homemaker” although other people have referred to me as her. I just take pride in my home and feel the more comfortable my home feels the happier I am living in it. Before I bought the home I am currently living in I used to love watching home decorating shows and flipping through high end interior designer magazines to get ideas on how I would style each room in my house. The reality hit me when we moved into our “dream home” with two young children that not only were most of the design choices unrealistic for our family, but also unrealistic for our budget. I wasn’t ready to give up my dreams on a beautiful house, so I have been on a mission since I moved in to find cheaper ways to get the same looks for less.

This designing on a budget and do it yourself trend is huge right now, creating many opportunities for people like me to make their beautiful homes on the cheap a reality. What I have learned so far is that there...

It’s that time of year again . . . Homearama 2012. This year’s new homes showcase runs from July 14 – 29 at Rock Springs and Shakes Run. Even if you aren’t interested in that particular area, the size or style of the homes on display, or ever building a home yourself, the best thing about Homearama is all of the great decorating ideas you can get just by visiting. Home owners in Louisville are doing just that and learning great new design tips for their own houses.

The key to learning from what you see inside these homes is to deconstruct the various parts of a room you like to figure out just what it is that works for you. Too many folks take one look at the professionally decorated rooms and think, “I could never do that,” or “I don’t have that kind of money.” You don’t have to be wealthy or have a degree in design to learn things that you can do in your own home from the pros. Just keep these simple tips in mind when you visit.

The latest release of the Cost of Living index brings more good news for Louisville home owners. The cost of purchasing goods and services in Derby City is roughly 11% lower than the average across the country. To put that into some context, it’s about two and half times less expensive to call Louisville home than it is to live in Manhattan. These figures come from the work of the Council for Community and Economic Research, a non-profit group that analyzes the prices of a wide range of consumer goods and services in 306 major metropolitan cities on a quarterly basis.

Home decorating for some involves purchasing brand new furniture, wall décor and other accents. But for others, finding an old piece and giving it new life is more than just a practical, environmentally friendly way to update a home’s look. For many Louisville home owners, repurposing old items found around the house can add both beauty and character. Consider these do-it-yourself ideas for turning the "no longer useful" into the "can't live without."

Louisville Homes Spruce Up For Summer with Container Gardens

One of the many advantages to owning a home over renting an apartment is the ability to have a garden. Tending to beautiful flowers or harvesting vegetables is part of the traditional vision of home ownership, and few things seem more downright American than being able to pull a tomato off the vine or pluck a red rose from a garden you tended on land you own yourself. But today, many of us lack the time, space, and patience to be true gardening aficionados even though we’d like to be able to grow something of visual beauty or culinary value on our little parcel of the Earth without backbreaking work, lots of time, and money. And fortunately, we can. Many Louisville homeowners achieve this very dream through the use of container gardens.

A container garden refers to the growing of plants—flowers or vegetables—in containers rather than directly in the ground. They can often be more convenient for someone new to gardening or folks who don’t have a great deal of time to devote...

They say that a person’s eyes are "the windows to the soul," but what about the windows themselves? Surely, windows are the very soul of a home as they connect inside and outside into one harmonious whole. Without them, we would feel far too enclosed, perhaps even trapped. The windows in our Louisville homes unite us with nature, each other, and the rest of the world. As Derby City residents are now throwing open the sashes to let the spring sunshine and warm breezes in, they’re also making some clever changes to their window treatments in ways that lift the soul of home and homeowner alike.

Gone are the days of heavy valences and cornices with layer upon layer of fabric used to make a statement. This season, light, soft, and simple is definitely "in" when it comes to decorating windows. A few simple and inexpensive updates can make a world of difference.

• Get rid of your old three-inch thick wooden rods with their huge drapery rings. Replacing them with... 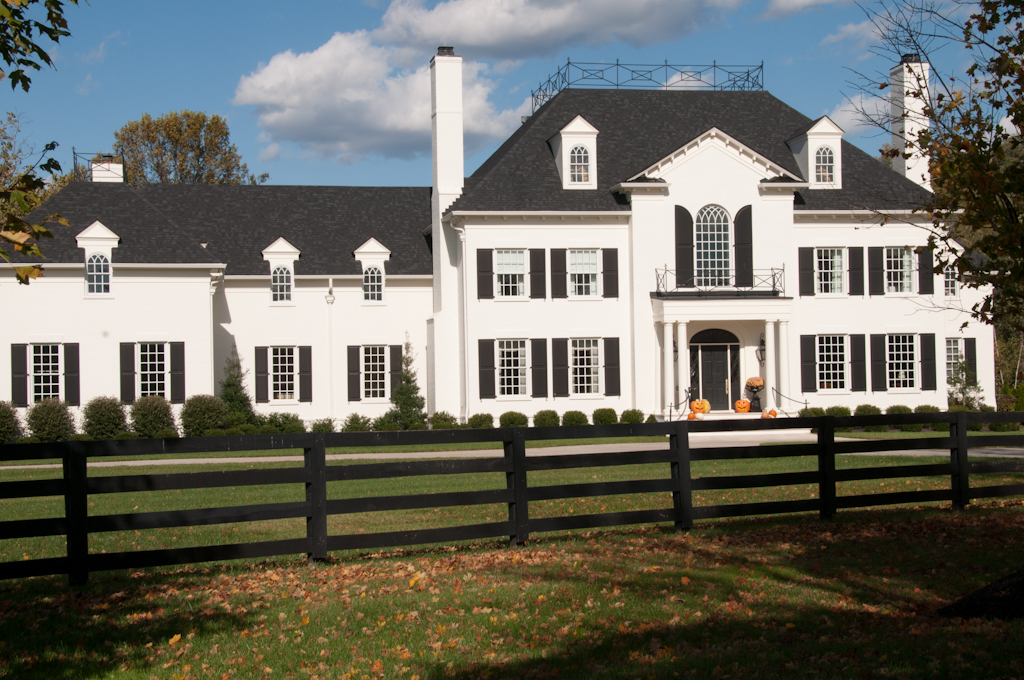 Home designers have preached it for years – when it comes to decorating a home, the most important characteristic in addition to color is texture. And when it comes to upholstery, luxury homes in Louisville often choose leather as their furniture covering of choice. When home owners choose a full leather living room set or just accent a room with a single chair, leather has a way of exuding a high-dollar, first class look.

One reason for leather’s appeal is that it’s amazingly durable and lasts about four times as long as fabric. Also, people prone to allergies and asthma generally prefer leather because fabrics can harbor lots more dust mites. But let’s face it – the main appeal of leather is its look and feel. It simply feels good against the skin because leather is able...

Louisville has been blessed this year with a mild winter (at least so far), and the warmer temperatures of late have made us all anxious for spring. Along with more hours of daylight and beautiful flowers in bloom, spring also brings with the enticing invitation to spend as much time as possible outside. But a moldy, unadorned deck is no setting for springtime fun. An outdoor oasis is more the ticket this season. Whether your goal is to enhance your affordable real estate in Fern Creek by updating your current deck, or you have grander plans in mind—such as adding a sumptuous outdoor living room to your luxury home in Lake Forest—many of us who live in Derby City are now beginning our outside-of-the-home improvements.

Designers everywhere have one important piece of advice when it comes to improving outdoor spaces—make it like the inside! We spend countless hours picking out just the right curtains for our great room or finding the perfect kitchen table for the inside of our home but then...