Louisville Urban Legends for this Halloween

When I think of Halloween the first few things that pop into my mind are the ridiculous costumes, trick-or-treating, and the frightening haunted houses. Halloween, although originally based on death and things far too mature for children, is a modern holiday built for kids. All about candy, dressing up, and imagination, Halloween today is far from the original All Hallows’ Eve that it began as. 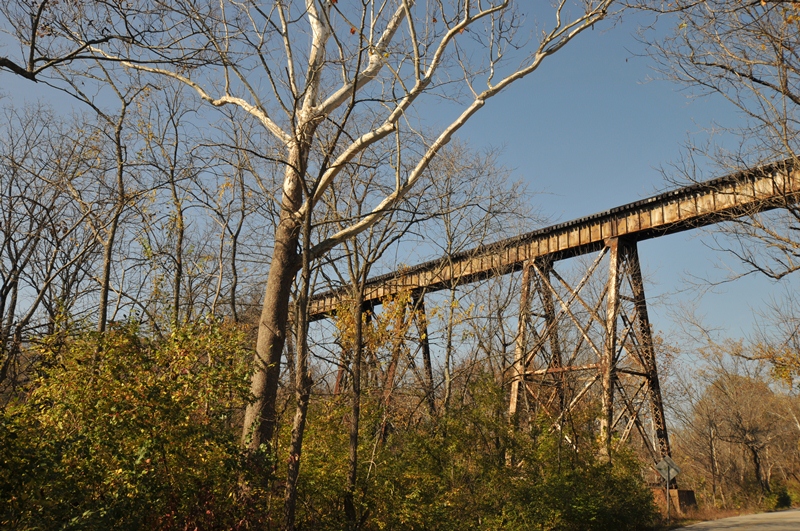 Halloween time or not, Louisville has plenty of haunted stories and urban legends, keeping it’s residents busy searching for answers year round.   While out the other night I spotted a man with a t-shirt with the words “The Goatman Lives” written on it. Unsure of what that meant I went over to his table and asked him who the “Goatman” was. He went on to tell me the urban legend of the “Pope Lick Trestle Goatman.”  There are varieties of the story, like most urban legends, but I will tell you the version he told me. The Goatman was the offspring of a farmer and his goat, making him half human half goat. Once people found out about him, rumors started to go around town. A circus eventually captured him mistreated him, and put him on display. When the train carrying him and the circus members was headed over the trestle at Pope Lick, lightening struck the train tracks, killing everyone on board, except the Goatman. Now at the trestle you can see the Goatman above the trestle as well as the ghost train.  For those who dare to walk across the tracks, it is said that the sight of the Goatman will cause you to fall the 100ft to the ground. Several accidental deaths have since occurred at the Pope Lick Trestle.

After hearing the Goatman urban legend, I decided to look in to some other Louisville urban legends.  I live right by Cherokee Park, go there every week, and had never heard of the “Legend of Pan.”  If you are familiar with Cherokee Park, you most likely have seen the Statue of Pan, which is more commonly referred to as Hogan’s Fountain. It is said that every full moon at midnight, Pan comes alive and causes mischief. Most of the damage reported has been to cars.

If you frequent the Ohio River, listen up because the “Legend of the Captains Tomb” is an interesting one. According to Louisville legend, in the early 1800’s Captain Francis “Frank” McHarry was the leading businessman when it came to the Ohio River in Louisville. In 1850 he started the first Portland to New Albany Ferry. As technology grew however, the steamboat trade grew as well, which literally rocked his ferry business. McHarry had a temper and his anger grew. In 1857 he passed away and was said to have brought a curse down on the river with him. He was buried underneath a vertical tombstone overlooking the river with the curse “anyone who sees my grave will not make it back to the shore and the river will be their home.”

There are plenty more local urban legends to tell your friends this Halloween.  For a few more go to http://www.louisvilleghs.com.