While out running errands today, nearly every corner I turned and intersection I crossed resulted in a collision caused by some driver’s  careless mistakes. Tis the season for everyone’s brains to turn to mush I guess and beware of distracted drivers! With all the stresses that the holidays bring we all have a few extra things on our minds, but not until today when I was in the middle of the calamity did I have an idea just how much the holidays affect us.

While out on the road, I got to thinking about the amount of people that must get into car accidents during the holiday season. The number must be staggering based solely on the fact that in the hour that I was in the car I had nearly ten good chances of getting in an accident. It is probably the worst time of year to be in an auto accident; you have already spent your budget for the month, you are stressed out enough with the season as it is, and frankly, you just don't have the...

Louisvillians love their coffee, and not just any coffee, local coffee. With several locally owned and operated coffee shops thriving in town, Louisville is a great city to sample some of the best and most unique coffee blends. When you drive through several neighborhoods in town including the Highlands, Clifton, and Germantown, there are small, local coffee shops popping up on every corner. St. Matthews is the newest neighborhood following the trend to include some of the best local coffee spots, with Louisville favorite Heine Brothers bombarding the community with it’s delicious roasts. Heine Brothers opened up their new store November 28 in St. Matthews making it the third Heine Brothers in the St. Matthews neighborhood.

Heine Brothers opened its first store in 1994 in the Highlands and has grown immensely popular ever since. The Heine Brothers mission is to remain committed to sustainability and operating responsibility while bringing...

Tips on throwing an in-prompt-to holiday party that wont break your seasonal budget.

The holiday season can become overwhelming with parties and social events, but in my opinion the more the merrier! This season’s gatherings are often filled with long lost friends, ugly christmas sweaters, and silly gift exchanges and too often involve an obscene amount of spiked egg nog.  When it comes to hosting your own event however, theres often less partying and more stressing.  It is important that you plan ahead and spend time deciding what kind of holiday party you want to undertake.  Parties can easily become an expensive venture and during this time of year, most of us are breaking the budget as it is.  Don't let the price of a good time deter you from hosting a holiday shin dig however, there are plenty of ways to throw a fabulous yuletide celebration on the cheap.

Don't feel like you have to invite everyone you know.  Keep the party intimate with just a few close friends.  By keeping your party guest...

One-Stop Shopping at The Vogue Center

The holiday season has a way of sneaking up on us and holiday shopping is usually the most stressful part of what is supposed to be the most cheerful time of year. Every year I tell myself that next Christmas season I am going to shop early and enjoy the festivities around the holiday.  I know I am in good company when I say that I fail year after year in this and wind up scrambling at the last minute to get the final gifts checked off my list. The good news is, that Louisville is filled with unique stores filled with countless gifts, making it pretty simple to find something special for everyone on your list. As you know the right places to go, it is possible to get most or all of your shopping finished in one afternoon.

The St. Matthews neighborhood is the most well-known shopping community in Louisville. You can find everything from large shopping malls to locally owned high-end boutiques. The boutiques in St. Matthews can get pretty pricey, but they guarantee unique and quality...

The St. Matthews neighborhood is known for it’s high number of locally owned shops and community-based businesses. In a city such as ours, communities such as St. Matthews are able to thrive through Louisvillians who understand the importance of shopping locally. Not only are our city’s consumers helping support our local businesses but the tight knit small business community works together to promote one another. The St. Matthews local business owners and prospective business people have created an inner circle to strengthen the community’s local business.

The St. Matthew Chamber of Commerce has developed an inviting and helpful central location for local business owners to explore their options and grow their business. With a variety of regular and special events open to members and nonmembers, the St. Matthews Chamber of Commerce is an excellent resource for anyone with an established business in the community or someone just starting...

Louisville is a Secret No More: Lonely Planet Names Louisville Number 1 top US Travel Destination for 2013

It seems as though our beloved secret city is becoming a little less secret these days. For years, Louisville has been our hidden treasure of a town. Besides visiting for the Kentucky Derby, most travelers and those outside the inner Louisvillian circle, would never consider Louisville a place to visit and especially not live in year round. Recently however, with the revitalization of many downtown neighborhoods and the ongoing growth and expansion of central downtown, Louisville is becoming a popular destination for many visitors. Lonely Planet, the World’s most successful travel publisher, has named Louisville the number 1 top US travel destination for 2013. 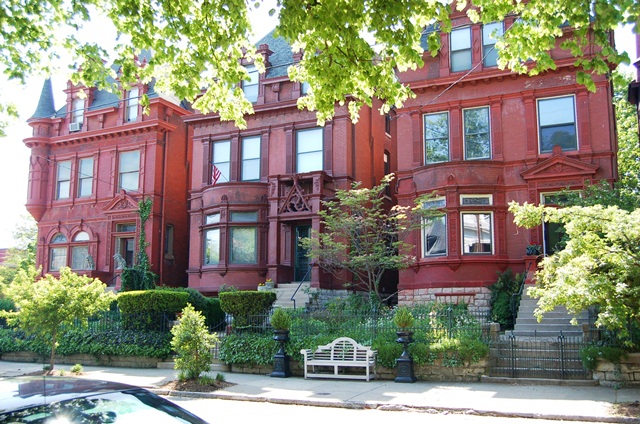