Spring is here Louisville! What to do first...

Posted by Brad Long on Thursday, March 31, 2011 at 6:00 PM By Brad Long / March 31, 2011 Comment
Ah we did it; we survived another Ohio Valley winter.  Now that we made it to the light at the end of the tunnel, let’s get outside, enjoy the sunshine and have some fun.  So, what is there do to around here.  A lot actually, let’s look at some options.

It’s Derby Time! - Derby season brings so much excitement and energy to Louisville you can practically feel it in the air.  The Kentucky Derby Festival brings an amazing lineup of outdoor events that is unlike anything else in the world.  Thunder Over Louisville kicks off the festival on April 16th with one of the best firework shows in the nation.  There is also live music, airshow and the famous Chow Wagon.Thursday, April 28th begins the spectacular lineup of events called Kroger’s Fest-a-Ville on the Waterfront which carries on all the way to the big race on May... 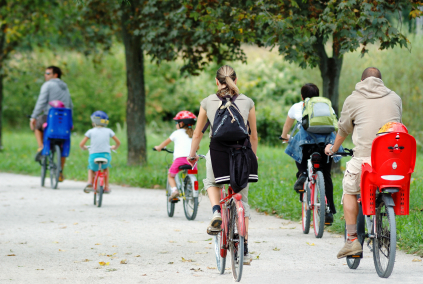 Louisville has developed many cycling organizations over the years to promote and develop this sport in the city.  Bike Louisville is a community program to progressively make Louisville even more bike friendly. ...

It’s very important to understand the current market conditions when buying or selling St Matthews real estate. Below is a list of the homes that have sold and closed in the St Matthews (40207) area in the last 45 days.  From this chart you can see that in many cases, sellers are taking considerably less than asking price to sell their homes.

The absorption rate for St Matthews KY homes (40207) is 8.6 months. What this means is, based on the current sales rate, if no additional homes came on the market, it would take 8.6 months for all of the currently listed homes to sell. This indicates an oversupply of available homes in the St Matthews area as an absorption rate of 5 months is considered a balanced market. As a buyer this is good news as you can get some great deals in this type of market.

Currently there are 232 homes for sale and pending sale in Louisville’s St Matthews area. The average sales price of the homes that have sold is $264,906...

After months of spectulation it looks like the doubters were wrong.  Trader Joe's announced it's intention to apply for a beer and liquor license for 4600 Shelbyville Road.

Trader Joe's will take the place of three existing retailers The Craftsman Collection, Massage Envy and Kiddie Kastle. The latter two will move to new locations in St Matthew's Shelbyville Road Plaza and the furniture store will close.

This is a major announcement for St Matthews Real Estate as the shopping center has faced a tough couple of years after the closing of two big box stores Circut City and Linens and Things. Once again it seems the location of choice for big name retailers is the St. Matthews area.

To search for Homes for sale in St. Matthews area...