Louisville Home Owners Save Some Green By Being Green

Is the fridge on the fritz? Or the dishwasher on the skids? Maybe your washing machine is doing anything but? Then it could be time to make a new purchase for your home. The good and bad news is that there are seemingly endless options for how to spend your money in the world of home appliances. It’s easy to think that making environmentally friendly purchases when it comes to the refrigerator or washing machine will be cost-prohibitive, but Louisville home owners have found ways to actually save some green by being green. A few simple tips can help you do the same.

1) Size matters. The simple truth is that large appliances use more energy than smaller ones. So consider how much use your new appliance will get before just purchasing the biggest model. If you eat out a lot, then maybe you don’t need the industrial size dishwasher. If you are on a first name basis with your dry cleaner, then maybe a smaller washing machine and dryer will suffice.

On the heels of the recent welcome news about Louisville’s consistently low cost of living compared to the national average, a new announcement from the U.S. Conference of Mayors that took place this week brings Louisville home owners even more good news. Louisville received top prize among cities with over 100,000 residents for being the”most livable city” in 2012.

The City Livability Award seeks to recognize mayors and municipal governments for enhancing the quality of life in urban areas. In total, 10 cities are recognized each year; a first place award and four outstanding achievement awards go cities in two separate categories - cities with less than 100,000 residents and those with more than 100,000 residents.

Featured in the award announcement was Mayor Greg Fischer’s focus on community service through his “Give A Day” Week initiative. At the beginning of his term, Mayor Fischer vowed to help Louisville become known as one of the... 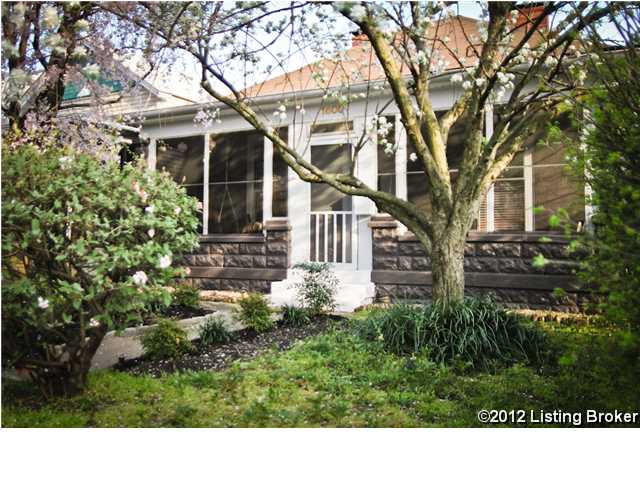 Lovely 3 bedroom, 2 bathroom home with unfinished basement. You'll love the flow and character of this home. Nice size kitchen with tons of storage, hardwood floors, pull down stairs for extra storage, screened in front porch and covered patio with privacy fence. This home is within walking distance to Bardstown Rd shops, restaurants and shops. One bedroom is being used as an additional family room. 1 bathroom is in the basement (It is a split bathroom). There is no back yard, only planting area and patio.

To see all homes for sale in this area visit: Louisville Highlands...

The latest release of the Cost of Living index brings more good news for Louisville home owners. The cost of purchasing goods and services in Derby City is roughly 11% lower than the average across the country. To put that into some context, it’s about two and half times less expensive to call Louisville home than it is to live in Manhattan. These figures come from the work of the Council for Community and Economic Research, a non-profit group that analyzes the prices of a wide range of consumer goods and services in 306 major metropolitan cities on a quarterly basis.

Home decorating for some involves purchasing brand new furniture, wall décor and other accents. But for others, finding an old piece and giving it new life is more than just a practical, environmentally friendly way to update a home’s look. For many Louisville home owners, repurposing old items found around the house can add both beauty and character. Consider these do-it-yourself ideas for turning the "no longer useful" into the "can't live without."