Louisville fans of food-eating competitions like the Nathan’s Hot Dog Eating Competition and television shows like Man vs. Food, are going to get a rare chance to see an exciting culinary race up close and personal this weekend. This Saturday, September 29th, competitive eaters from all around will come together to take part in the National Wild Eggs Pancake-Eating Championship.

The top ranked eaters in the Major League Eating organization (yes, I am being for real) will battle in a 10-minute all-you-can-eat chow down.  If you think you have what it takes to take on the professional gut-busters, you can register at any of the three Wild Eggs locations in Louisville or online at www.ifoce.com/events for your chance to win a spot at the table.  Three amateur eaters will be chosen at random to join the competition and see if they can eat with the big boys (and women).

Calling all beer snobs! Calling all beer snobs! Louisville Craft Beer Week is underway! Don’t worry if you’re just finding out, there are plenty of beer-centered events still to come. Now through September 29th, restaurants, bars, and pretty much anyone in the city that is able to serve alcohol, is celebrating the art that is craft beer.

Louisville has a reputation for being a city of bourbon lovers, and rightly so in fact. Our city is steeped in bourbon history, being part of both the bourbon and urban bourbon trails.  In recent years however, craft beers, micro-breweries, and organic brewhouses have become exceedingly popular among Louisvillians and are sneaking up the preferential totem pole. The past several years have unveiled a slow emergence of availability of these unique brews, followed with a high supply and demand. This has lead to the popular niche market of craft beer in our community.  With the opening of a variety...

Residents of the Highlands and foodies from all over the Louisville area were stunned when one of the most popular and seemingly successful Bardstown Road restaurants abruptly closed it’s doors.  Avalon turned off it’s lights and employees walked out at the end of dinner service, never to return, after business owner Steve Clements decided to cease operations back in July.  Clements pulled the plug on Avalon after suffering financial problems stemming from a law suit connected to his Catering Company; Clements Catering.

For those die hard Avalon fans that were hoping the restaurant would re-open, that unfortunately doesn’t seem to be the future for the restaurant.  There is however, an exciting new plan for a quirky and unique restaurant to move in to the space.

After many phone calls and bids on the property over the past several months, there has been some speculation that the...

There is so much art being made in our city right now that I have to let you in on all that you could be missing.  It is pretty amazing that at any given time in Louisville these days, there will be three or more plays being put on by one of the many successful theatre companies,  a concert or music event just around the corner, and a variety of art exhibits showcasing local artists’ work.  Who would think that Louisville, Kentucky of all places would have become such a cutting edge and flourishing arts town, but it surely has. This week there are a variety of plays going on in Louisville. With National touring musicals coming through the city, to community theatre productions that are getting a lot of buzz, there will be something for everyone’s taste and budget.

The popular hit musical Wicked is rolling through Louisville beginning this week and Louisville audiences couldn’t be more excited. The story takes...

NuLuFest in Louisville this weekend

After hearing about the numerous accolades and awards the new restaurant Harvest has been given since it’s recent opening in the foodie neighborhood of NuLu, my husband and I have been dying to go. Not only was I interested in dining in a restaurant that other people thought was great, but Harvest’s mission and menu was something I not only believed in but could not wait to see how it came to life. Harvest is all about “outstanding, regionally inspired, seasonal cuisine from the freshest and finest local produce, in a casual dining setting.”  This was what Harvest aimed for, and this was exactly what they gave me. Harvest was all about a comfortable, warm, and welcoming atmosphere.  The organic wood textiles and photographs of the farmers on the walls inside the restaurant made me feel like I was part of something, part of the food. I was included in the story of where my food was coming from and what I was eating, and that made my dining experience...

It’s that time of the year again, when local business owners learn their rank after curiously awaiting their fates. The Louisville Eccentric Observer’s Reader’s Choice Awards in one of the city’s most popular and well regarded surveys, including over 30,000 Louisvillian votes. I just went through all of the winners and I have to say I am pretty disappointed with several of my fellow voters’ choices. Like every year, some of the winners were suspected, but there were several major players that were left out of their categories, some winners that have no business in their categories, and a few winners that just left me baffled.

The Brown Hotel invented the delicious Hot Brown, so if it didn’t win the “Best Hot Brown“ category, the Reader‘s Choice Awards would be severely flawed. BC Plumbing sweeps the “Best Plumber” category every year so that was expected, and  Heine Brothers is both a local...

One of the countless things I love about living in Louisville is that on any given day I can be driving or walking and turn a corner, only to run into one of many neighborhood festivals. Coming upon a street filled with people and tents when I didn’t expect to, reinvigorates my love of community. Louisville is a city of communities and neighborhoods. Each major community is complete with several neighborhoods, each with their own individual distinctions and whose residents are filled with neighborhood pride.

This weekend, one of Louisville’s Highlands’ neighborhoods is hosting a one-day festival. The Irish Hill neighborhood will host RootsFest this Saturday, September 15th. RootsFest will feature music, arts and crafts, and delicious food. In addition to local artists featuring their work, there will be some special guests at RootsFest for the Kids and as part of the non-profit fair. All day there will be a special kids craft booth headed by artist Aerie Meredith complete...

Residents of Jeffersontown have been looking forward to this week’s annual celebration for a while now. Jtown’s beloved Gaslight Festival began in 1969 and has since become the fifth largest festival in the area. A balloon glow, 5k run, parade, live entertainment, and over 140 booths are all part of the festival. So far this week a Thunder Motorcycle Rally, Gaslight Golf Scramble, and the 5K Walk/Run have taken place as part of the festivities. Don’t worry however if you are just getting clued in to all that Gaslight has to offer, there is much more to come later in the week. Wednesday is Business Appreciation Day, Thursday is the Gaslight Festival Parade, Friday is the Balloon Glow, and Sunday is the Gaslight Car Show. Running the entire weekend, Friday through Sunday, is an Arts Crafts Extravaganza and Entertainment Garden, and A Soap Box Derby will be Saturday and Sunday.

The Gaslight Festival has been bringing the Jeffersontown community together with fun and entertainment...

If you’re in the market to buy a new home, are interested in looking into downtown living, or love looking into new developments, I have good news for you. Mark your calendars, because in just a couple of weeks you will have a rare opportunity to check out several of Louisville’s newest downtown living options, all in one day. The 11th annual Downtown Living Tour hosted by The Louisville Downtown Management District will be held on Saturday, September 15th from 10:00am to 3:00pm.

The Downtown Living Tour will give visitors, residents, and prospective homebuyers the chance inside some of the areas finest residential buildings. The tour will consist of thirteen buildings ranging from classics like the Galt House Suite Apartments to  new construction condominiums like Fleur-De-Lis on Main. The thirteen buildings will include condos, apartment, and lofts. Right in the center of downtown, close to Fourth Street and several of the city’s high end hotels is the first stop,... 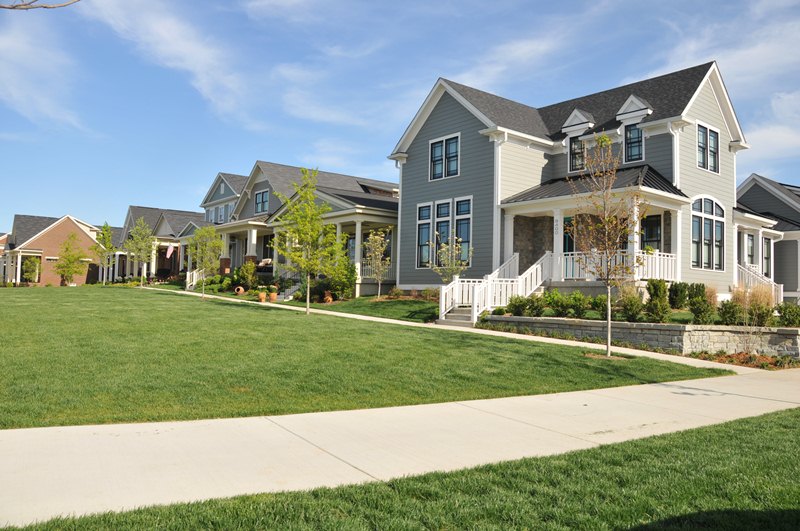 Norton Commons is one of Louisville’s newest and most unique neighborhoods and is a community that emphasizes convenience. More than a typical subdivision, Norton Commons, is the first project built under Jefferson County’s new “Planned Village Development” ordinance.  Established in 2004, Norton Commons encompasses 600 acres, 150 which of are parks, and includes countless amenities. Although Norton Commons is a new construction development, homes built in the neighborhood are built in classic styles including Foursquare Arts and Crafts, Italianate Cottage, Greek Revival, and Spice styles. Norton Commons has ongoing events, most of which are open to the public. This September, Norton Commons is offering the public two great events, that will cover a variety of...