If you are looking for the best place to let loose and relax in Louisville, then the Highlands is where you need to head out to. Not considered a party area, the Highlands is a unique collection of approximately 8 neighborhoods that are populated with local bars, restaurants, and shops that gives residents and visitors the best in both day and nightlife. Located between Bardstown Road and Baxter Avenue and sitting on top of Beargrass Creek, the 3 mile stretch called the Highlands is home to more than 35,000 people. 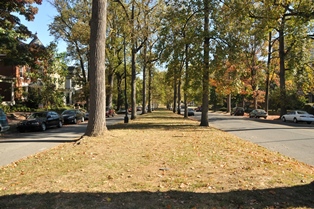 The neighborhoods are diverse, and include both the most luxurious homes in Louisville, and also many historic homes to the middle class and upper class. If you are looking for real estate in Louisville, then the Highlands will certainly compliment your lifestyle. It is shown that numerous Highland neighborhoods have the highest average incomes and highest percentage of college graduates in the city.

Original Highlands
The neighborhood named the “Original Highlands” is home to some of the most beautiful architecture in all of the United States. A healthy combination of working class shot gun houses along with both brick and wood Victorian homes in the neighborhood makes for a unique and classic image that only the Highlands can boast of. National Products is located in the Original Highlands, a factory producing more disco balls than any other factory competitor in the world.

Phoenix Hill
The Phoenix Hill community is home to the famous “Phoenix Hill Tavern,” and also known for being home to the University of Louisville Health Sciences Campus . There are numerous nightclubs, bars, and restaurants in the area giving local residents and visitors everything they need in walking distance.

Irish Hill
The Irish Hill neighborhood was settled in the nineteenth century by Irish Catholics. It is located on a ridge that is right above the Ohio River flood plain. Both shotgun houses and enormous historical homes are in the neighborhood. Two homes built in the late 1800’s are the largest houses found in Irish Hill; the Nicholas Finzer house and the Valentine Schneikert house. In 2009, Irish Hill constructed a grand playground in Breslin Park, as well as a sprayground for residents and children in 2011. With a little more than 1500 residents in Irish Hill, it is the perfect place to call home. 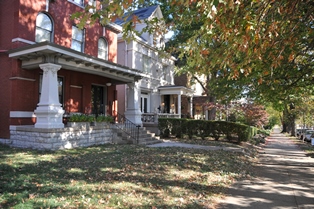 Arguably the most popular and well known Highlands neighborhood is known as the Cherokee Triangle. Named for the three boundary park located within, once the park officially opened in 1891, it soon became a popular area of residence for affluent Louisvillians. Thanks to the unique and detailed architecture, this area has experienced the most property appreciation values in the city of Louisville in the past ten years. One of the most popular community events is the annual Cherokee Triangle Art Fair. Hosting over 200 local artists and artisans, the event spans two days every year. Over 4,500 Louisville residents call the Cherokee Triangle home.

Tyler Park
The Tyler Park area is a more quiet and residential part of the Highlands community. The name refers to an actual city park in the area named for Mayor Henry S. Tyler. One of the more defining features of the Tyler Park Neighborhood is referred to as the Tyler Park Bridge. This bridge has a large, architecturally detail arch that allow foot traffic to gain access to the other side of the park without having to cross the busy main thoroughfare that bisects it. Close to 3,000 people reside in Tyler Park, with half having holding a college degree.

Deer Park
Largely residential, Deer Park is one of the most densely populated areas in the city of Louisville. This community is particularly unique in that the pedestrian ‘courts’ with the longs rows of homes are only accessible by alleyways and sidewalks. This type of street is one of only twelve in Louisville today. Most of the homes on this neighborhood are shotgun style and Victorian, slight more modest than the eastern side of Bardstown Road. Additional, craftsman homes, pre-World War II, and ranch style can be found peppered in the area as well. Approximately 4,500 residents call Deer Park home.

Bonnycastle
The Bonnycastle area is a community heavily influenced by its neighbor Cherokee Triangle. Historical revival style homes can be found, as well as opulent Victorian homes. The area is divers however with smaller craftsman style houses mixed in the neighborhood, as well. The Commodore Apartment Building was developed in 1928, is a registered Historic landmark, and is still the tallest building in the area. Nearly 2,500 residents have planted their roots in the Bonnycastle neighborhood.

Douglass Loop
The Douglass Loop refers to the shape of Douglass Boulevard off of Bardstown Road, a community of approximately 3,500 residents. Homes in this area range from English, Tudor, and Dutch revival, Colonial, ranch and craftsman style. Rose Hill, an ornate Italian mansion, is the most notable home in the area. Constructed in 1852 for dry goods merchant Emory Low, it was also added to the National Register of Historic Places in 1980. 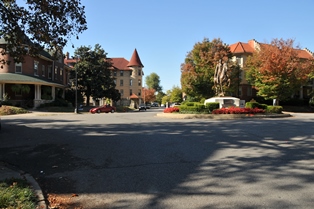 livable communities in Jefferson County, Kentucky. It’s considered to be the most ‘walkable’ area in Louisville, as well as charming. This neighborhood has the highest concentration of registered democratic voters, and ironically, minority leader Senator Mitch McConnell and his wife once lived in the Belknap area. There are several historic landmarks and building located within the Belknap neighborhood, including Jonathan Clark’s home, the Belknap School, Lakeside Swim Club, and the Zimlich stagecoach stop. Close to 4,700 people reside in this diverse area of the city.

The communities that comprise the Highlands are the most eclectic and beloved in Louisville. It’s a great place to live for singles, couples, and families who enjoy residential charm and beautiful architecture. Highlands’ residents take pride in their neighborhood and in maintaining their homes. This unique taste of Louisville is definitely worth exploring!

Search for your perfect home on Louisville Highlands Homes the areas easiest to use search site.